The FORTUNE Most Powerful Women Next Gen Summit brings together preeminent rising women in business along with select leaders in government, philanthropy, education, sports and the arts. 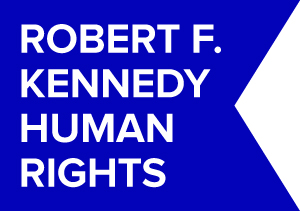 This is a new era for business—and for business leaders. Recent challenges have pushed us to reassess and reevaluate the impact we have on our customers, our colleagues, and the world around us. To recognize that we have the power to affect change. And to embrace the responsibility and opportunity that comes with that realization. That is why our 2022 Most Powerful Women theme is “Realizing Your Power.” We will gather this fall at the Fairmont Grand del Mar, San Diego.

The Most Powerful Women Next Gen Community brings together Founders of tomorrow’s Fortune 500, rising executives from established brands, and cutting edge innovators.

Click here to nominate an executive to join us.

Fortune is committed to a safe environment at our live conferences and events. We are closely monitoring guidance issued by the CDC and all local and state authorities, and working with our partner, International SOS, regarding specific precautions and requirements. To participate in Fortune live conferences and events, all attendees, speakers, and other participants must be fully vaccinated against COVID-19 (meaning they have received all doses in the primary series). Digital proof of vaccination status and a negative result from a rapid (antigen) or a PCR test administered at an outside facility or point of care within 72 hours of arriving at conference registration will be required. Fortune will also accept results from the proctored BinaxNOW COVID-19 Ag Card Home Test. Other at-home tests will not be accepted. Accommodations will be made for attendees in accordance with the law.

All items are in US/Pacific time. Click on the agenda items to find out more.
DAY TWO
Wednesday 16 Nov, 2022
6 - 6:50 AM
VINYASA YOGA
7 - 7:50 AM
HIIT INTERVAL TRAINING
8:30 - 9:20 AM
CONCURRENT BREAKFAST SESSION-CREATING MEANINGFUL CHANGE: COLLABORATION IN ACTION

The pandemic brought about many challenges, but also opportunities for collaborative problem-solving. How do we harness this new way of working, and keep the momentum going as we head into a tightening economy and an even more polarized political climate? How can organizations redefine collaborative cultures and push for even greater cooperation across industries and across borders? We look at the tools being used by successful companies to implement meaningful change.

Today’s e-commerce platforms unburden retailers from decades-old obstacles to consumer reach, allowing brands to create a global community of customers and push for personal relationships at scale. How emerging platforms are harnessing an increasing variety of digital tools to drive growth, connect with consumers, and redefine what it means to be a brand in today’s world.

Despite market turbulence, the appetite for digital assets like cryptocurrencies and NFTs remains strong. Trading these assets comes with increased risk factors, but considering the relative newness of the class, there are also many opportunities for investors. Our experts discuss what lies ahead and how we should think about crypto for the long term.

Poised for the next phase of growth after taking over from Casper’s founders—as a private company following an unsuccessful IPO—CEO Emilie Arel is focused on getting profitable and reaching their highest-potential customers: women.

In September, the tragic death of a young Iranian woman detained by Iran’s morality police triggered anti-government protests, as civilians risked their lives to demand reforms. With the government’s violent crackdown on protests continuing to escalate, global leaders and activists are now calling for the UN Commission on the Status of Women, the preeminent global body exclusively dedicated to promoting gender equality and women’s empowerment, to revoke Iran’s membership. We hear from women supporting the human rights battle.

The new, tech-savvy CEO of WeightWatchers brings digital chops to the company, which she calls the “original social network.” How is she bringing the brand into the modern era, while at the same time restoring its core pillars of coaching, accountability, and community?

Our experts offer user-friendly insights on the continuous innovations across the Web3 ecosystems and how NFTs could impact the future of media and entertainment.

The Cohen-Shohet sisters are on a tear: After seeing “triple-digit” year-over-year percentage revenue growth since its last fundraise, GlossGenius recently raised another $25m round of capital, and they’re more committed than ever to helping small beauty businesses run big operations.

Lena Waithe’s Hillman Grad Foundation’s Rising Voices and The Mentorship Lab initiatives, now in their second year, create additional pathways to bring more people from diverse backgrounds into the entertainment industry. We hear from one executive working to amplify and celebrate the stories of diverse, historically marginalized communities and developing a new generation of underrepresented creatives.

This yoga teacher, author, entrepreneur, and advocate has over 470,000 followers on Instagram and for the past year has been embracing “van life.” With a popular podcast, an ongoing collaboration with Adidas and as part of the new Gatorade G Fit campaign, her career momentum is on an upward trajectory.

As careers continue longer and later into our lifespans, and employee well-being becomes a new point of focus, we look at how the ways we work together can help us live longer, happier, and more prosperous lives—and drive corporate growth. What role does mentorship play in the increasingly intergenerational workplace, and how can we think about diversity as broadly as possible in order to create more collaborative and inclusive cultures?

Much more than a fad or a feel-good exercise, many investors and executives now realize that a strong ESG proposition can help safeguard a company’s long-term success. What’s more, it’s what employees and customers are increasingly demanding. We look at ESG’s impact on recruitment and retention, employee loyalty, and the bottom line.

Technology has improved quality and access to health care in many ways: Using data to provide more personalized medical care, offering everything from mental health to diagnostic services digitally, and even improving scheduling and record-sharing. But what about major issues like privacy, especially given the recent limitations on women’s reproductive rights? We hear from industry veterans and disruptors on what companies are doing to protect our health and our rights

Driving rapid and continuous innovation in today’s world is an ongoing challenge. So how can leaders foster an organizational culture that cultivates new ideas, builds momentum, and embraces diverse perspectives? Join us as we talk to leaders about how they are leading transformation in their organizations and in industry, and how they plan to keep pushing for more innovation even in the face of a tighter economy.

Nearly three years ago, the U.S. Space Force was established to protect U.S. interests in space from potential adversaries, becoming the first new U.S. military branch in 73 years. We hear from a top military leader on how the Space Force is leading futuristic initiatives, protecting vital satellite communications, and adapting to new geopolitical challenges.

This three-time Olympic champion with one silver and four gold medals to her name is a key leader of LA28 and devoted to ensuring that athletes are at the heart of LA’s plans for the 2028 Olympic games. We hear about the ambitious undertaking and progress made.

Being told they couldn’t do something was all it took for these founders to find a different way of achieving their goals: From breaking barriers in tech and media to leveraging alternate funding models, they share their inspiring success stories.

Hello Sunshine’s focus on female stories has made it a unique force in Hollywood (and resulted in a $900 million acquisition for the company). We hear from its leader about what has changed–and what hasn’t–in the entertainment business.

MPW Next Gen offers the wider aperture that helps prepare high achieving young executives for the next big step.

The FORTUNE MPW Next Gen Summit is developed with the guidance of Fortune editors, and the program is tailored with themes and speakers carefully selected to deliver maximum value to participants.

To suggest a speaker for Fortune MPW Next Gen, please complete the form below. There are no exact deadlines for speaker submissions.
Click here to submit speaker suggestions.

Participation in Fortune MPW Next Gen is by invitation only, and subject to approval. The registration fee of US $4,200 includes the complete program, activities, scheduled meals, and conference materials. Click here to nominate an executive to join us.

A limited number of corporate sponsorships are available for 2022. Please contact us for more information.
Elizabeth Parks and Monica Sembler
E-mail: fortunesponsorships@fortune.com